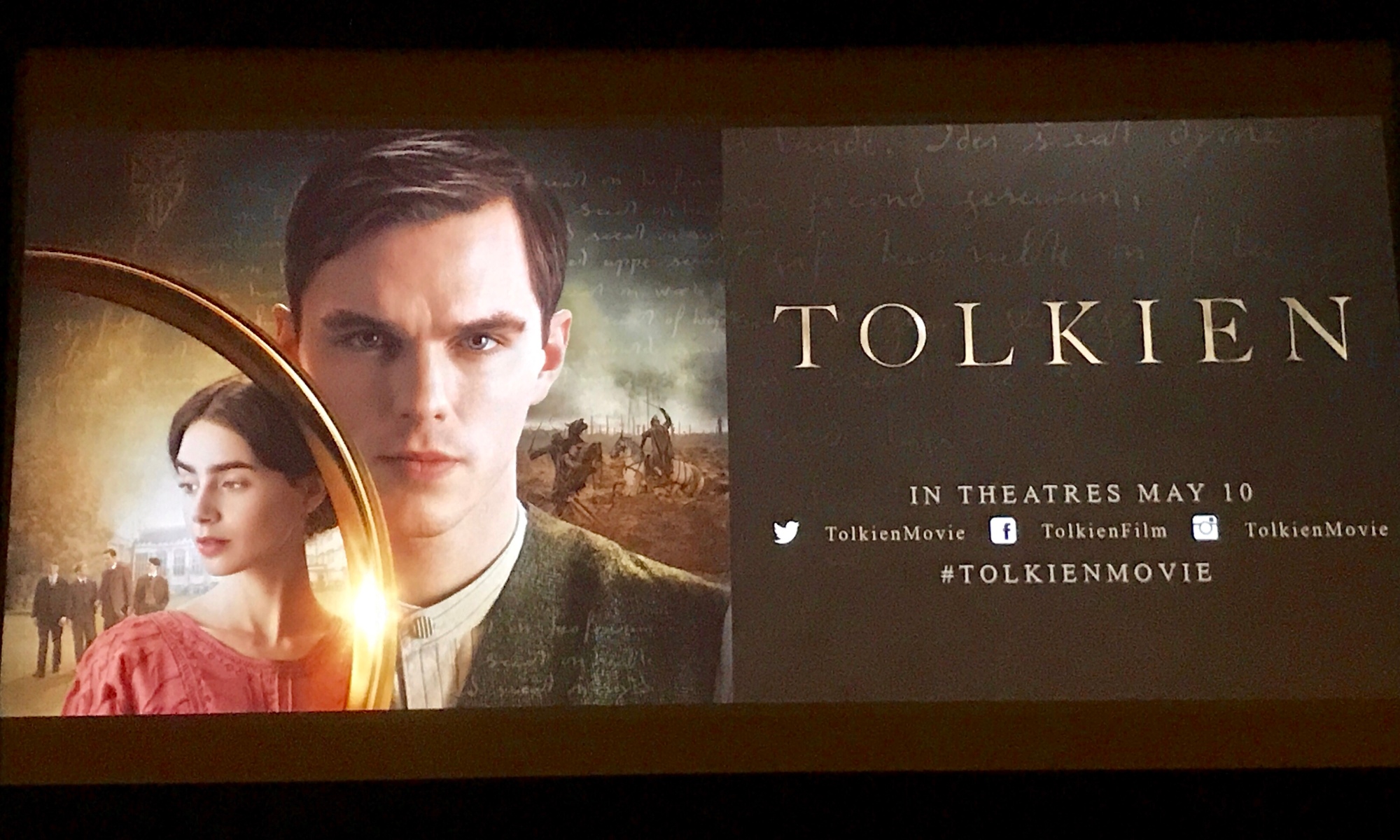 Last night, I had the chance to screen Tolkien, a biopic about one of the greatest minds in literature and fantasy. I thought to myself, this beautifully crafted film is going to get lost among all of the summer blockbuster movies, and Fox Searchlight made a horrible decision not to release it during “nomination season” – between Thanksgiving and New Years.
It got me thinking, what was the difference between a movie and a film?

To me, movies are entertainment. Movies are Back to the Future, Cars, the Marvel series.

Film is something that makes you feel, think, be inspired. Watching the trials and tribulations of Tolkien’s life, I could imagine just how he crafted the stories that became The Hobbit and Lord of the Rings. I didn’t need to see any screen adaptations to envision Tolkien’s thoughts. I saw an exhibit of his original art and writing at the Morgan Library and Museum in January, and even though I knew what a brilliant mind he was, seeing this exhibit and now Tolkien has made it even more obvious how skilled he was.
Back to films vs movies though…
Watching the Oscars a couple of months ago, it is clear Hollywood’s elite is rethinking its strategy to win back the public after a ratings decline the past few years. Though they abandoned the idea of adding a category for popular films, the Academy realizes that the public favors seeing movies that do well at the box office on the nominations list, even though the nominations and awards lean to films. The list of nominees in 2019 grossed an average of $192 million, almost double the amount of the previous years average grosses since 2009 when the nominees were expanded to 10.
I do hope that Tolkien is remembered during nominations, especially the cinematography and Nicholas Hoult’s performance as the adult Tolkien.